I had great news this month when I signed a contract with the Wisconsin Historical Society Press to publish my book on the fur trade around Lake Superior.

Tentatively called “The Cadottes of Lake Superior: One Family’s Journey through the Fur-Trade Era,” the book traces a family of part French-Canadian and part Ojibwe traders who were involved in the fur trade around Lake Superior through five generations and over nearly 200 years. It focuses on a couple who lived and traded on Madeline Island, near present-day Bayfield, Wisconsin.

I’ve been doing research on the project for almost a decade, and have written several versions of the manuscript. No doubt more versions will be required. But I’m very excited about this. 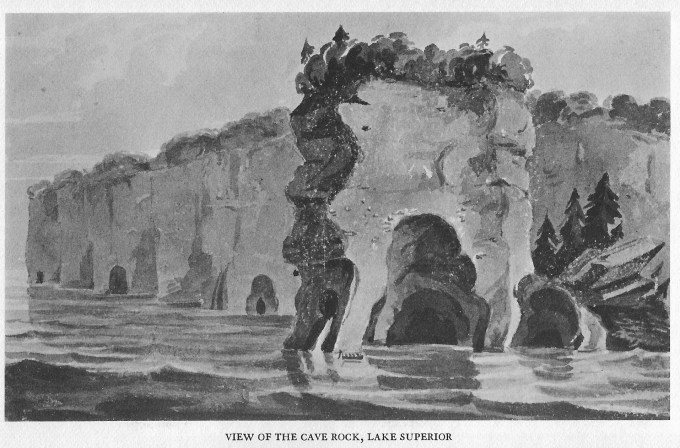 The illustration here is from an 1826 book about a tour of Lake Superior, by the U..S. Indian commissioner at the time, a man named Thomas McKenney, who visited the Cadottes at Madeline Island. The caves in the drawing look very much like those near Madeline Island.

No publication date for the book, yet. But not before spring, 2020.