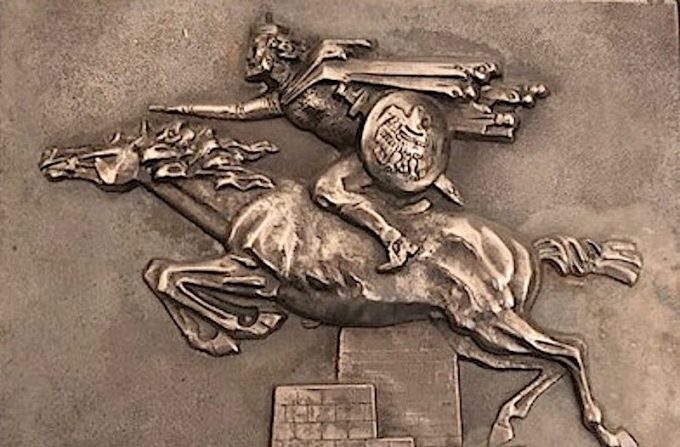 In 1722, he led Armenian forces in a successful fight against Muslims who controlled the region at the time. I picked up this plaque, which is based on a monument to Bek, when I was in Armenia in 1983. Later, I learned more about Bek and his exploits.

I chose this as the image for my business cards, and now for this web site because I really like the combination of history and horses it displays. Also, I love jumping on horses, and this image represents that. Plus it is so filled with energy, it seems like Bek and his horse will just gallop on.